Mad Max here with the Daily Degen for Sunday October 25th. Here is a run down of my NFL Week 7 betting picks as featured on the show yesterday. I placed my 3 bets over at mybookie.ag (yes, I used the promocode ABSOLUTEDEGEN when signing up).

NFL Week 7 Against the Spread Predictions

Games to Bet On 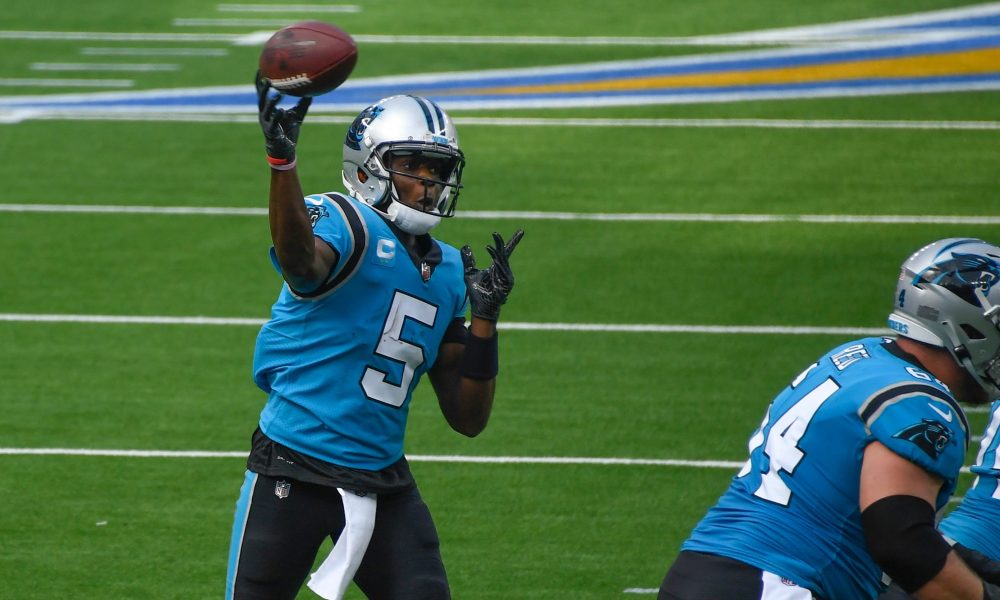 Overview: New Orleans has been hit with the Covid-19 bug and are now down two of their primary receivers. Michael Thomas and Emmanuel Sanders are both out – leaving Drew Brees with not a lot of options to throw to. That should mean a big game from Alvin Kamara – who is probably salivating over running against this Carolina defense.

The Panthers allow an average of 4.9 yards per carry and have given up nine rushing TDs. That’s close to bottom of the barrel in the league.

But Teddy Bridgewater knows his opponent well and in a divisional game like this, I like a team getting points. I faded the Panthers last week but I am back with them today. Betting Carolina.

Overview: Aaron Rodgers can’t have two terrible games in a row, right? For the sake of my fantasy team I hope that’s a true statement.

Tampa Bay’s defense put Rodgers under pressure almost every play. They sacked him 4 times and forced multiple interceptions. Houston’s defense has not gotten more than 1 interception all year – tying them for last in the league there. Their offense has been humming so I expect Deshaun Watson to have another big game here.

Once again, hate backing a road favorite – especially one who burned me last week in the same situation. But I will give the frauds one more chance and bet the Packers to win this shootout. God I hate that hook though…

Overview: The 49ers bounced back from a humiliating loss to the Dolphins last week to stomp on the Rams. Now they head back on the road to Foxborough to take on a Patriots team that was shocked at home last week against a subpar Broncos team. Can the Patriots lose two games in a row at home? I’d like to think better of Bill and crew but it’s not looking good.

Cam Newton is going to be facing a better defense this week and also a team that can put up points. The Hoodie does know the opposing QB quite well and possibly could exploit that much like Brian Flores did. Cam should have a better game than last week and New England should score more than 12 points.

But I like the Niners here to possibly win on the road. I’ll bet San Francisco. 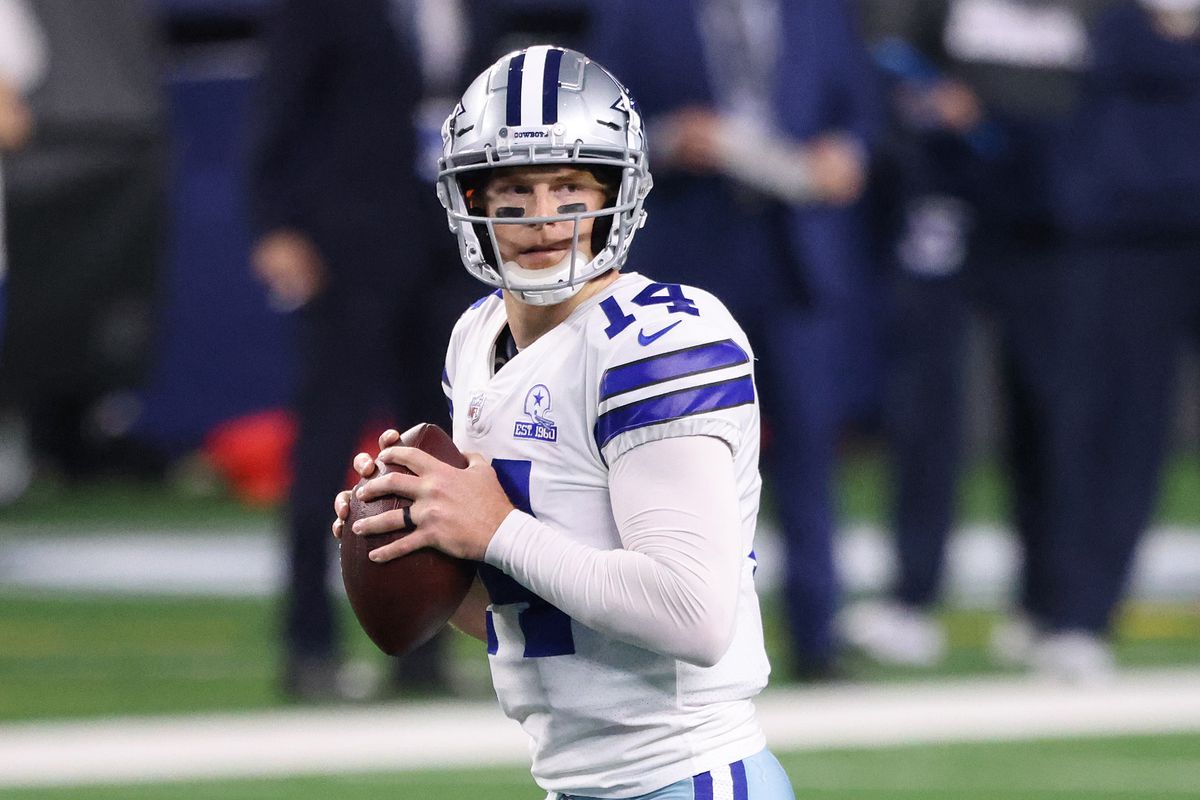 Overview: Just going to throw this out there. If the Washington Football Group wins the game, they will have the same 2-5 record as the Cowboys. If Dallas wins, they get a step closer to winning the shitfest that is the East.

On paper, this should be a Dallas win. But I could say that about a lot of their games this season. The Cowboys looked awful in their first game with Andy Dalton at QB. I think that should level off this week and I don’t expect Ezekiel Elliott to have an off game like last week.

The Cowboys defense should have an easier task against this Washington team and despite the rumors that the players have already turned on Mike McCarthy, Dallas should rally to get a much needed win today. I’ll lean the Cowboys.

Overview: The Falcons got their first win last week. It could be easy to give the credit to Raheem Morris and the post-coach bump. But remember this was a team that got their best wide receiver back when Julio Jones returned from injury and they also had the pleasure of playing against Kirk Cousins.

So I am not too excited about Atlanta’s win and their ability to win many more. But man, I still cannot trust Detroit. Their offense is certainly looking good and yes, they have won 2 of 3 games. They pulled this same shit last year. I am not getting my hopes too high on them.

My numbers do say to take them but I’m not quite there with the trust factor. I’ll lean the Lions.

Overview: The Josh Allen hype has cooled off the past few weeks but now is a time for it to rise back up. Buffalo has a chance to get an easy win here against a terrible Jets team. Just have to hope they don’t take New York too lightly.

The Jets are a team devoid of talent on the field and in the head coaching position. They are team in turmoil and seemingly in tank mode.

The Bills lost to the Titans and the Chiefs the past few weeks. I can’t hardly fault them for that. It means they are a good team and not an upper echelon one in the AFC. Their defense does have holes that can be exploited but the Jets don’t have the personnel to do that.

I have the Bills winning by 16 here. I could seem them beating the Jets up just to prove a point. But it’s still a tad bit rich for my blood to bet. I’ll lean Buffalo.

Overview: Drew Lock came back from injury last week, went on the road to Foxborough and came out with a win. Now he returns home to host a division rival that has had some troubles playing in Denver over the years.

But altitude shouldn’t impact Mr. Mahomes and crew too much. And to peel the onion back on the Denver win last week, Drew Lock had a piss poor game going 10-24, for 189 yards and 2 INTs. That’s Tim Tebow stats for you.

All of Denver’s scores came on field goals and they came up 2 points short of their season average of 20 points per game.

I have the Chiefs winning this one and covering but the divisional game has me a little cautious of jumping into a bet. I’ll lean KC. 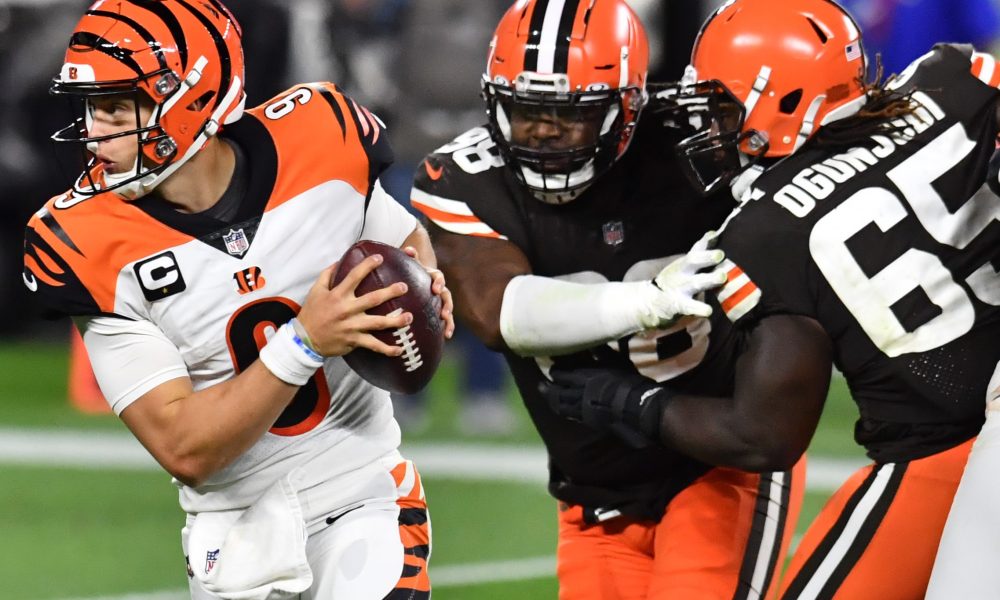 Overview: Man, the Browns are the proverbial cold swimming pool to their fanbase. Once they start looking like a team that can compete they remind you that they are the fucking Browns. They will play a Bengals team that is nowhere as good as the divisional teams that thumped Cleveland this year. But it’s still a team to fear.

Joe Burrow is the better QB than Baker Mayfield. That’s an easy statement to make. And he has some talent around him. But it’s thin because of injuries – such as the Joe Mixon one – and the Cleveland defense should do a better job against the Cincinnati o-line than the Steelers’.

The money is slightly on the Bengals here but I will still lean the Browns.

Overview: The Raiders have a ton of Covid-19 concerns which has left their offensive line in flux (Update: seems to be OK for them). That could mean a very big day for the Tampa defense again and a rough day for Derek Carr.

Tampa should not take the Raiders lightly. KC did a few weeks ago and they paid for that. I’m not in love with this Vegas team, but they can do some things on the field. Tampa has looked lazy at times this year – but that could have been them getting into a groove without a preseason.

My numbers say to take the Raiders but with the money all over Tampa, it can only be a lean.

Overview: Here is a battle of two unbeaten teams and also possibly a preview for an important playoff game down the road. The Steelers have had to deal with an early bye week but have looked like a very complete team to start this season.

Big Ben is back to form and remembering last year, the dropoff at QB on this team is significant if he gets injured. Which he probably will at some point. The Titans have been playing excellent football this year and Mike Vrabel has become one of my favorite coaches in the league.

Pittsburgh has the defense to slow down Derek Henry a bit and their offense can go toe-to-toe with the Titans if needed.

My numbers say to take Pittsburgh here but the money is all over the Titans. That’s enough to scare me down to a lean on the Steelers.

Overview: Both teams only have 1-win. And records matter, of course. But if you look closer, of course you know that the Chargers are the far better team. They have been in almost all of their games.

In their 4 losses, Justin Herbert has looked very good and has kept the team within a TD – losing twice in OT. So this is a team that is almost like the opposite of the Seahawks and has been on the bad end of some luck.

That should change this week against the worst defense in the league. Yes, a team that once had the best defense in the league is now a laughing stock out there. The Jaguars do have some nice pieces on offense and I think they won’t get completely blown out – but expect big numbers from Herbert and a win from the Chargers.

I’ll lean Jacksonville with the points but I’ll congrats Herbert in advance for his first win of the season.

Overview: Two of us on the show have called the Seahawks frauds. The reason for that is because Seattle has lucked into quite a few of their 5 wins. Their average margin of victory is less than 7 points – meaning a lot of close games. That catches up with you eventually.

Russell Wilson’s heroics cannot be the game plan if you hope to make a playoff run. And playing close games against a team like the Cardinals is a dangerous game to play.

Kyler Murray can flip a switch and go into his Russell Wilson mode too. I can see the Cardinals shredding Seattle’s defense here but somehow the Seahawks lucking into another win.

The sharps are all over Seattle and I’m begrudgingly leaning them too.