Your favorite Degens give you their NFL Week 15 Picks. Check back to see what they thought of the week in DFS. 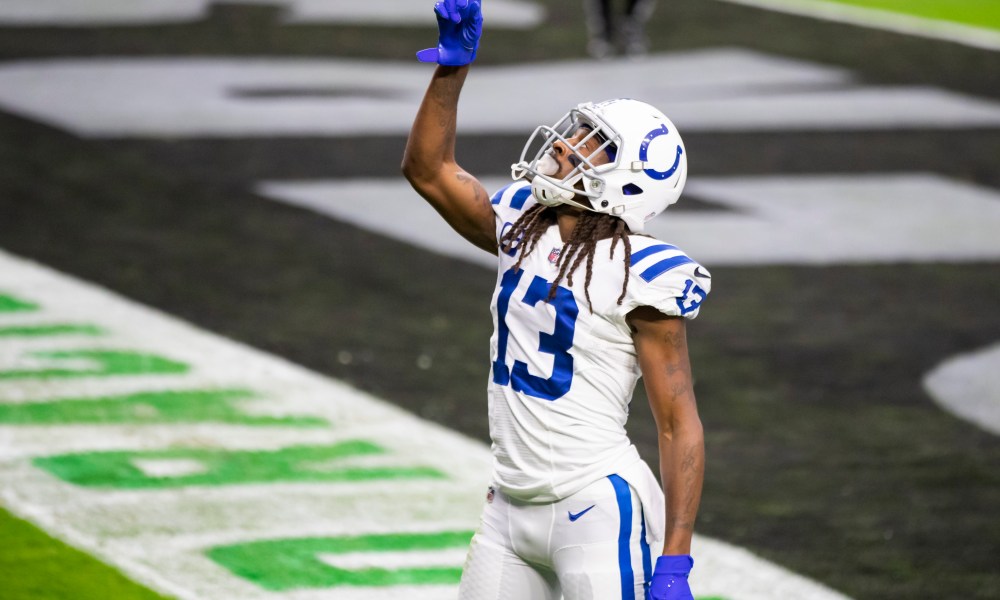 Overview:  The Texans have given up 40 sacks on the season and the last time these teams played, the Colts got to Deshaun Watson 5 times. Last week, the Bears got 7 sacks in their 36-7 rout of the Texans. When Watson is not evading the pass rush, he should be able to sling the ball on Indy and try to get a few TDs to pass his career season high.

For the Colts, it should be another big week for their offense too. After thrashing the Raiders 44-27 last week, Rivers and Hilton will look to connect and put more than the 26 points the Colts did two weeks ago against Houston.

The Colts should win and get a step closer to the playoffs. I do have them covering but can only lean Indy here. 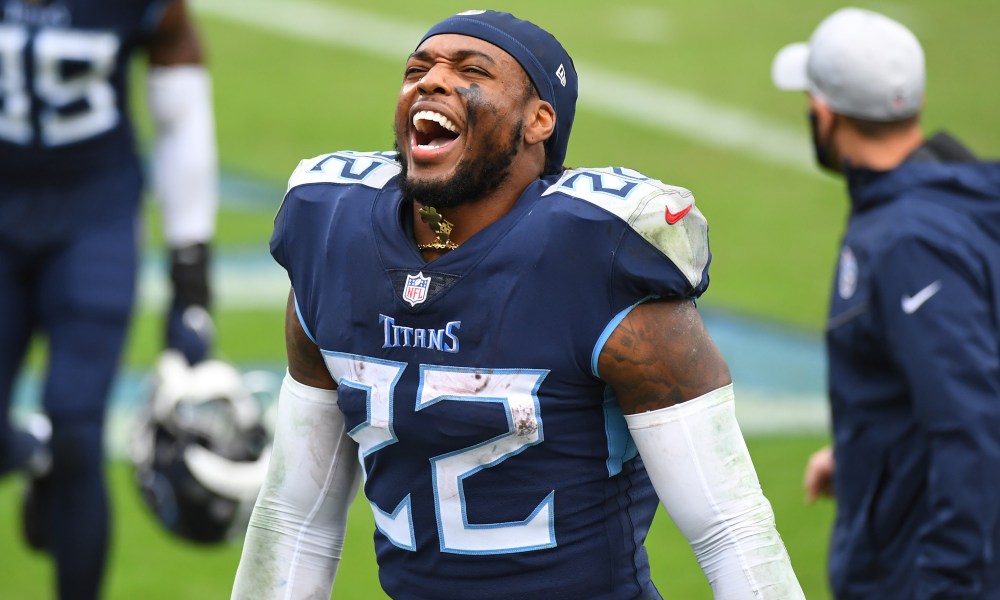 Overview:  Derek Henry should be ready to run all over a poor Lions’ rush defense. But the Titans might get cautious with him late in the game if they have a big lead. It’ll be after he drops at least 150 yards on Detroit but still, Henry will probably want every yard to get him closer to 2k on the season.

Tennessee should get the win and I have them barely covering here. So I will lean the Titans here. 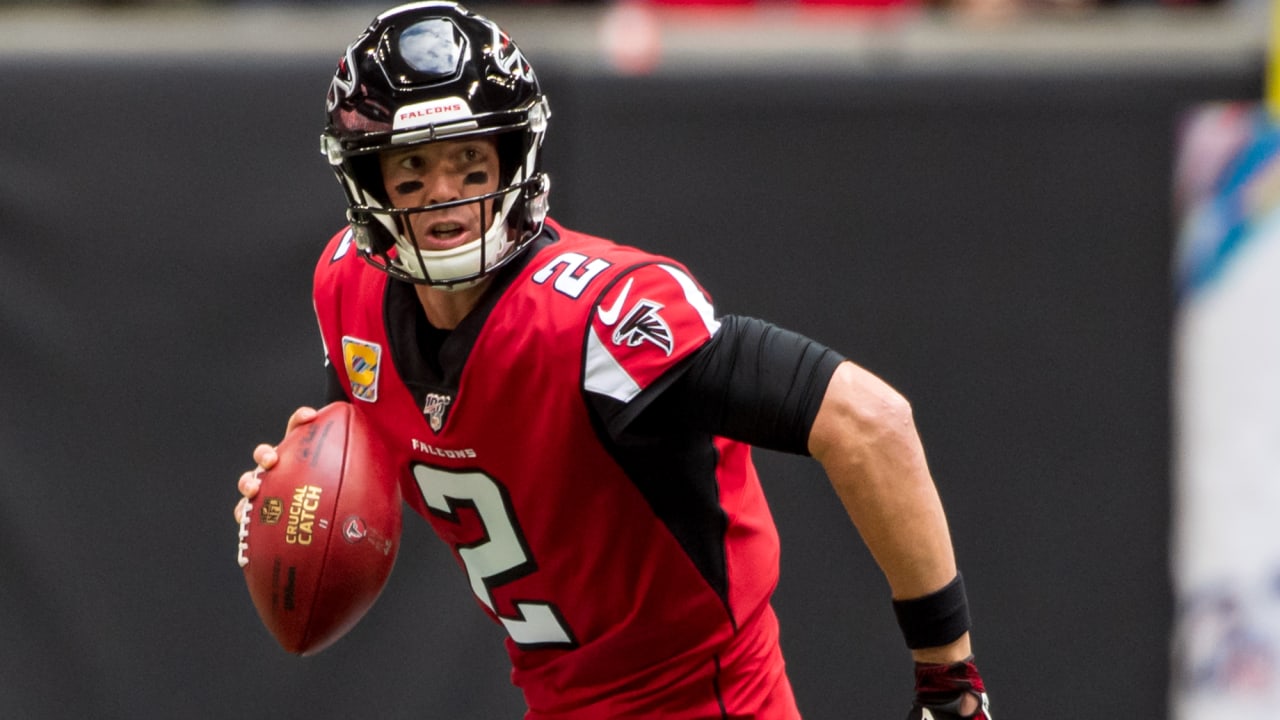 Overview:  The Falcons are one of the more confusing teams in the league. One week they look like they have it figured out and the next they look like a mess. And it’s not their defense that’s the main issue anymore. A lot of their woes are a result of the inconsistent play of Matt Ryan.

Todd Gurley also has been ineffective the past 3 weeks and will face the best rushing defense in the league this week. Tampa is coming off a week where Dalvin Cook ran for over 100 yards and the Vikings totaled 162 – but other than that, the Bucs have been rock solid against the rush.

Despite the win over Minnesota, I’m still not sold on the Bucs. They have some glaring issues and while Atlanta probably does not win this one, I think they can keep it close. I’ll lean the Falcons here.

Overview:  Interesting matchup here. Miami head coach, Brian Flores, is a disciple of Bill and he’s one of the reasons the Pats did not get homefield in the playoffs last year. Now he gets another chance to beat his former boss and essentially end their playoff hopes. But Bill won’t go down without a fight.

It’s well documented that Belichick can shutdown rookie QBs. The most recent victim was Justin Herbert where the Pats held him scoreless on their way to a 45-0 win. The last rookie QB to beat the Pats was Geno Smith of the Jets back in 2013. In OT.

Since then a list of his victims include Derek Carr, Jared Goff, Marcus Mariota, Deshuan Watson, Daniel Jones, Sam Darnold and Josh Allen. The Pats got the better of Miami earlier in the season and can lean on their top 5 rushing offense to try and do it again.

I think the Pats fall short here and Miami covers this one. But I can only lean the Dolphins here.

Overview:  Washington is in the driver seat for the NFC East but an injury to their steady QB could be enough to drive them into a wall. Dwayne Haskins will return to the starting role after being benched earlier in the season. That, along with a more aggressive Seahawks defense, should make for some bad offense from the Washington team.

On offense, Russell Wilson and DK Metcalf will be harassed by the Washington defense but still should be able to put up some big numbers this week. Seattle bounced back from their loss to the Giants by beating the other New York team 40-3 last week. I don’t think they do that against Washington this week but I think they do enough to win and cover. 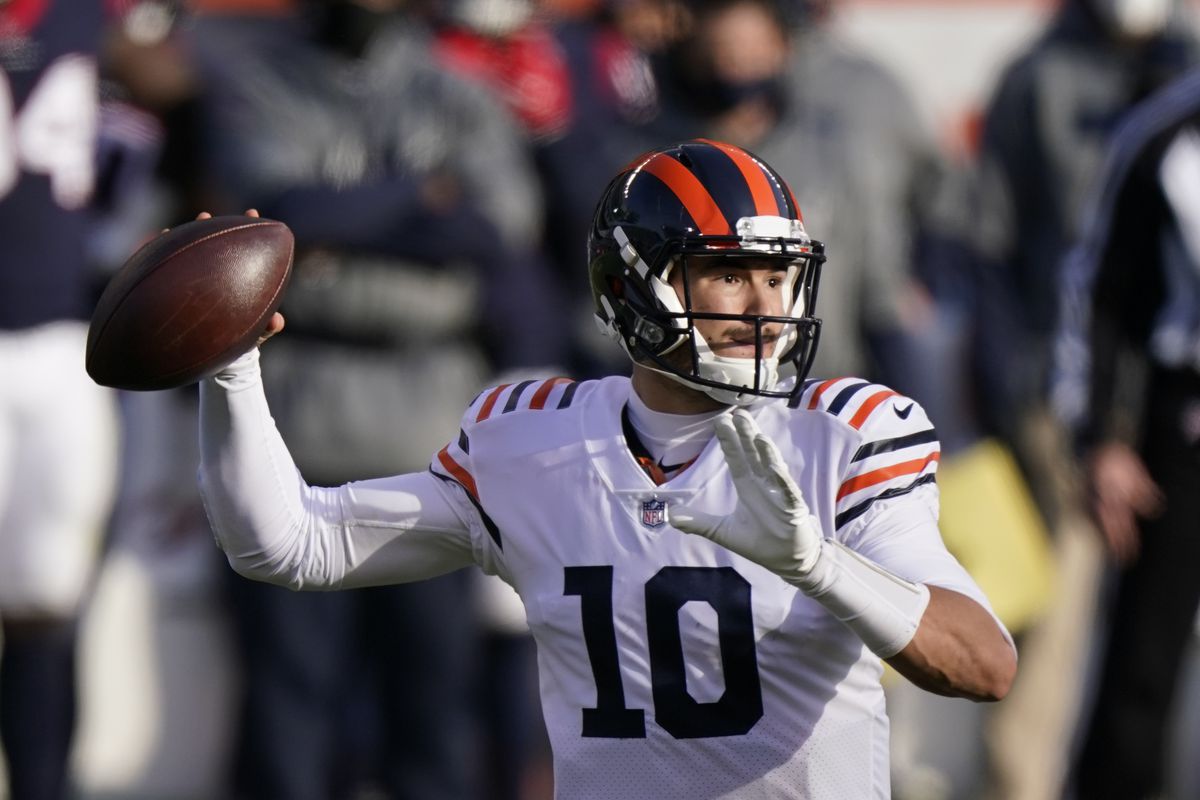 Overview:  It’s hard to argue that the Bears’ offense with Mitch Trubisky has looked a lot better than it did with Nick Foles. In his last 3 games, he’s averaging over 250 yards in the air with 7 TDs and 2 INTs. In those games, the Bears are averaging over 30 points per game. He’s facing a Minnesota pass defense that ranks 26th in the league in passing yards allowed. So he has a chance for another good week.

The Vikings were one of the league’s hottest teams before they ran into the Bucs last week. Kicking problems doomed them last week as Dan Bailey looked like Ray Finkle out there. That’s a Porky’s reference in case you didn’t know.

Both teams are 6-7 and the winner stays in the playoff hunt while the loser would only have a fractional chance of making it. I’m still banking on the Bears getting the over in their win totals and they should get a step closer this week.

The Bears could straight-up win this one but my numbers are too close so I will bet them – but I’m taking the points. 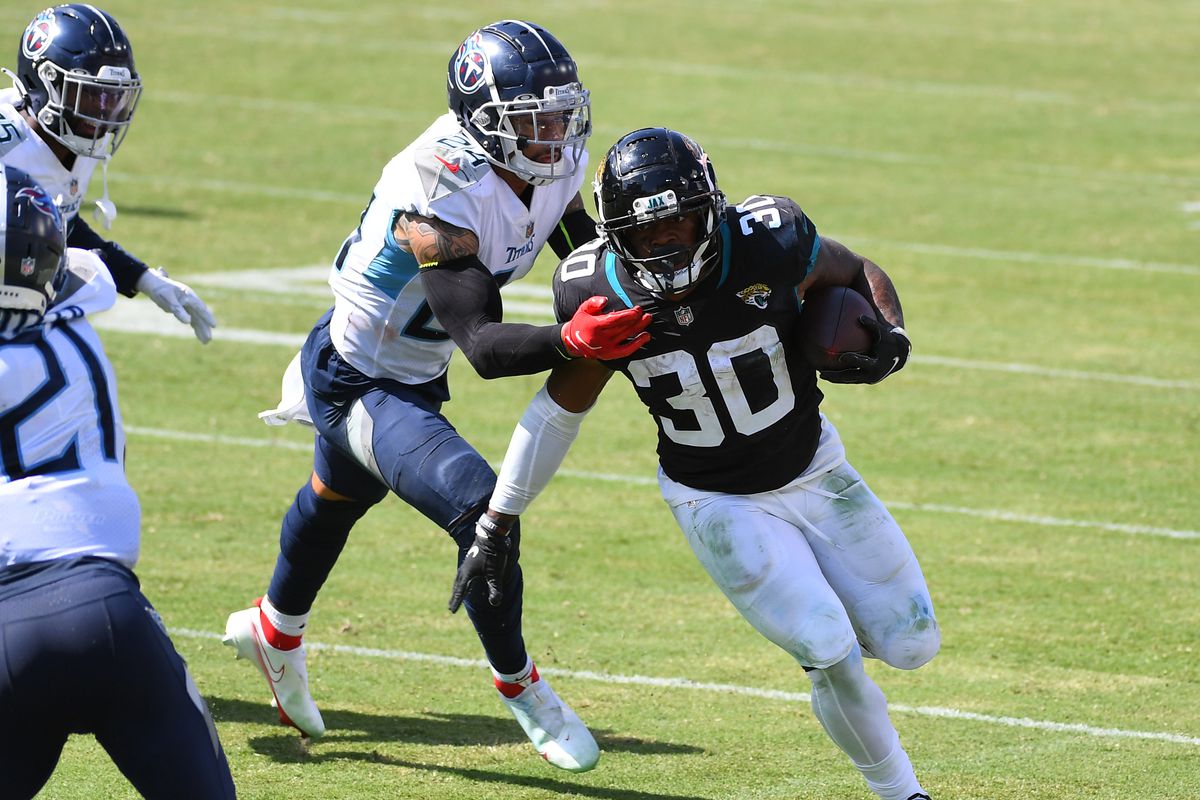 Overview:  Talk about opposing forces. I covered this on the DFS show but the Ravens run the ball well – #1 in the league with 174 yards per game. The Jags suck at defending the run – ranking 3rd worst by giving up 146 yards per game. So this should be a chance for Lamar Jackson and the running back collective to rack up some yards on the ground.

Baltimore is middle of the pack in rushing defense and are facing one of the best backs in the league in James Robinson. The Ravens are also coming off a game where the Browns dropped 42 points on them. So there’s some cracks in that Baltimore defense for sure.

There is no discussion over who wins this game. It’s just deciding how much the Ravens win by. I only have them winning by 10 here and with some wiggle room, I’ll bet the Jaguars with the points. 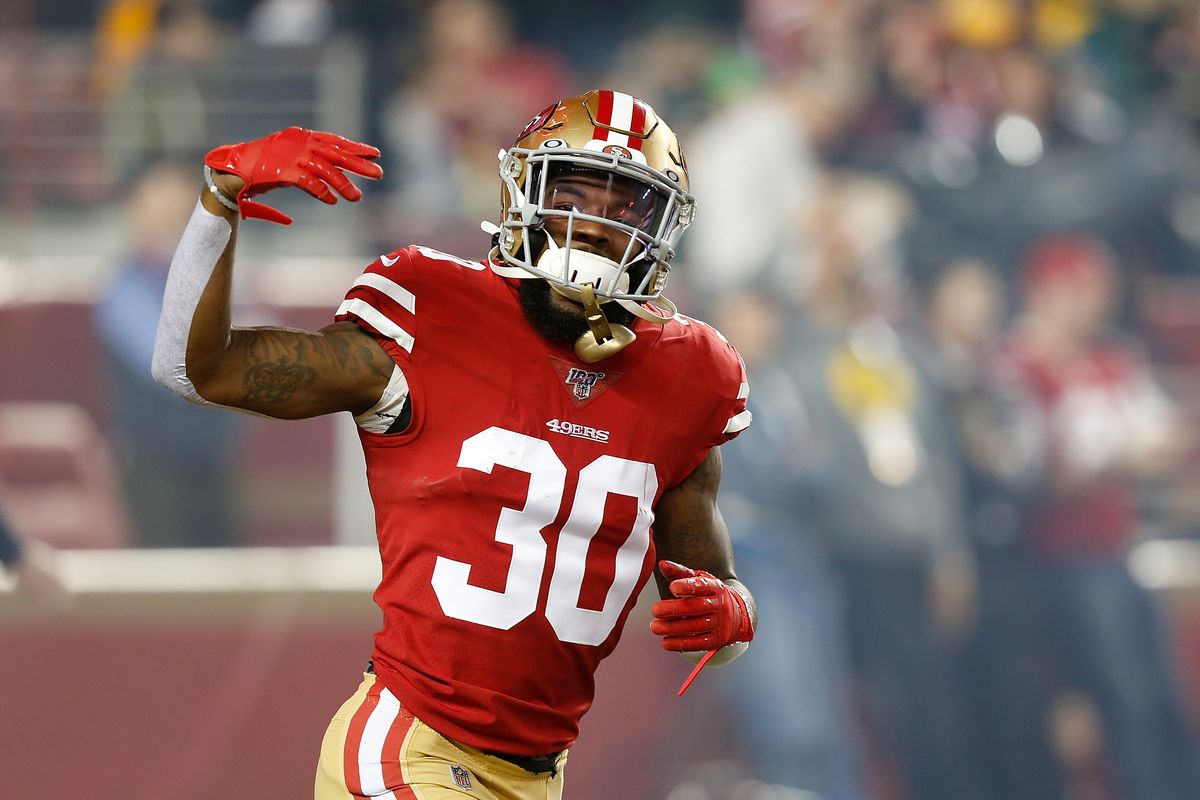 With injuries to Alex Smith and Daniel Jones, the NFC East is still sadly wide open. A loss this week would knock the Cowboys out once and for all. A win for the Niners keeps their playoff hopes alive but it’s a longshot. This team’s only win over their last 6 games was a 23-20 win over the Rams and the Cardinals, Vikings, Bears and Lions are currently ahead of them.

But they will get one step closer with a win this week. The Niners will get the road win and cover this one. I’ll bet San Francisco here.

Overview:  The Jets sit at 0-13 and it bears repeating that they will not win a game unless the Jaguars win another game. Adam Gase is starting his PR tour of apologies to try and salvage any chance he has at a future job in the NFL. His tone says “I didn’t develop Sam Darnold buuuuuut he was injured” and “I didn’t win many games buuuuuuuut there was a lack of talent here” and “I tried to make Le’Veon Bell work buuuuuut I really didn’t want him on the team so to prove me right, I used him poorly to damage his value.”

But it’s still too many points for me. I have the Rams winning by 15. As such, I’ll lean the Jets with the points here.

Overview:  The Eagles would be eliminated this week if they lose and the Washington Team wins. However, with a Washington loss and an Eagles win, Philly could be back into the conversation for the NFC East title. The Eagles broke a 4-game losing streak by stunning the Saints last week.

Jalen Hurts put up 167 yards and a TD in the win. Nothing spectacular but also helped to limit the turnovers for a team that is 29th in giveaways per game.

For the Cardinals, they need to keep winning if they want to get a playoff spot. They control their own destiny if they can win out. So expect Kyler Murray to do whatever he can to get this team’s offense going. It could mean a lot of running this week to exploit an Eagles’ defense that gives up 127 yards per game on the ground.

I do think Arizona gets the win but not sure if they cover. I’ll lean the Eagles here. Overview:  This could be a preview of the Super Bowl if the Saints can shrug off their stinker against the Eagles last week and get a returning Drew Brees back into a groove. It is a matchup of the top offense in KC against the 2nd ranked defense with New Orleans. But let’s not sleep on KC’s defense.

When focused, this Spags’ defense is damn good. Their pass rush has come alive recently and they had 4 sacks last week. The Honey Badger has 4 INTs over his last 3 games and with Michael Thomas out this week – the pressure will be on Emmanuel Sanders as the deep threat. Most of the offense flows through Alvin Kamara and I expect him to have a big week.

I was surprised when I ran my numbers and got this so close. Both of my main models have KC winning but each time it was less than 2 points. I expect KC to get a big road win but I don’t have them covering here.

Overview:  After giving the sports betting world a kick in the dick last week with a last second safety, the Browns look to get back into gambler’s good graces as a big road favorite this week. The Browns probably should have won last week. If Lamar Jackson’s explosive diarrhea didn’t subside, perhaps Cleveland would be on a 5-game winning streak.

They have a great opportunity to restart their winning ways this week against a Giants’ team that were world-beaters a few weeks ago against Seattle but looked like the dregs of the NFC East last week against the Cardinals. Daniel Jones is listed as questionable this week and he didn’t look right last week – which exacerbated the situation.

The Browns will put their great run game against a solid Giants’ rush defense. If the Browns win in that area, game over. The Browns are winning despite not having former Giant Odell Beckham Jr. out on the field this season. It hasn’t slowed down Baker Mayfield at all.

Crazy to say this but congrats to the 10-win Browns – who will have a 95% chance of making the playoffs with a win this week. So don’t fuck it up.