Your favorite Degens give you their NFL Week 16 Monday Night Football Picks and a recap of the week that was. Check back to see what they picked this weekend.

Point 1: Goffing Up a Playoff Spot 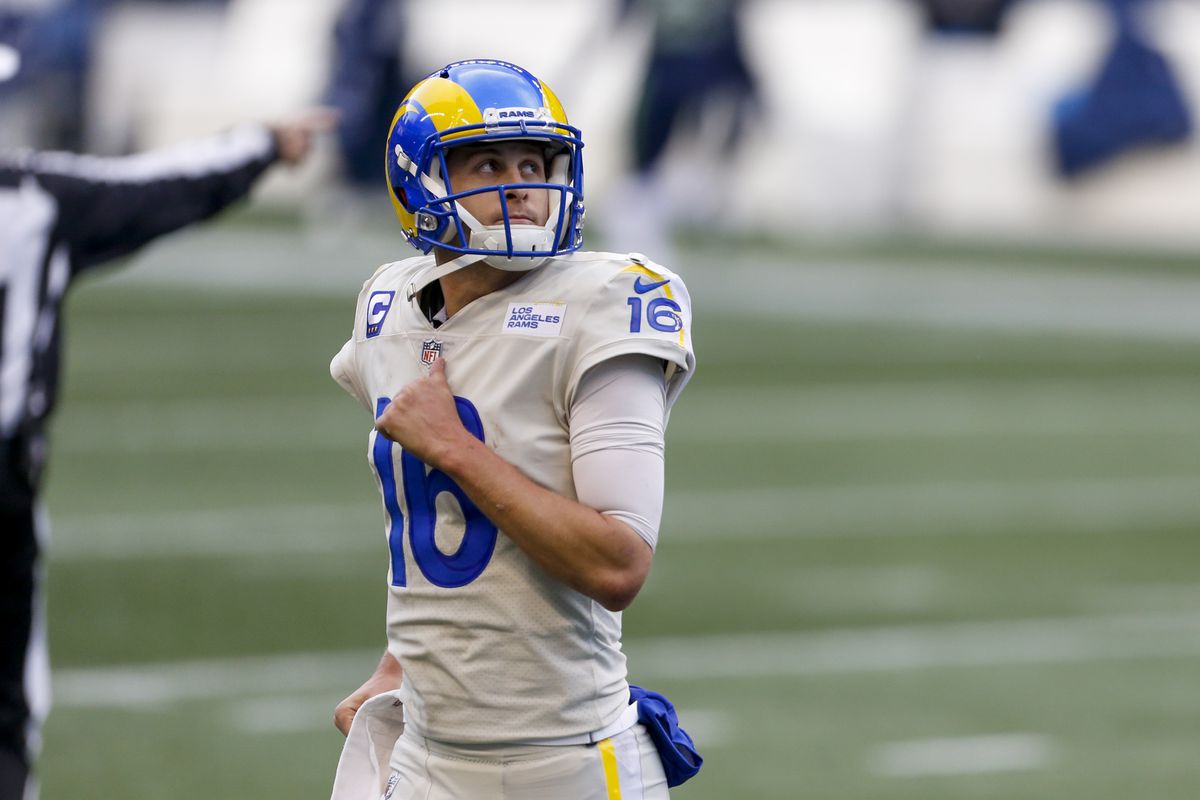 The one good thing that came from the Rams’ loss to Seattle yesterday is that the Packers now cannot take next week off against the Bears if they want to clinch the #1 seed in the NFC. That scenario would kill my win total play on the Bears, but it’s the sacrifice I am willing to make for all of us Rams fans out there.

The Rams could control their own destiny by winning next week against the Cardinals but with how the offense has been playing lately, I’m not sure if that’s a lock. LA could be once again 9-7 and on the outside looking in to the playoffs. And I can’t defend them here. While their defense is absolutely legit, their offense – particularly Jared Goff – has been inconsistent all year.

The Rams might be without Goff next week due to a broken thumb. So it will be interesting to see what McVay can do with a different QB to control.

Point 2: At Least the Eagles are Done 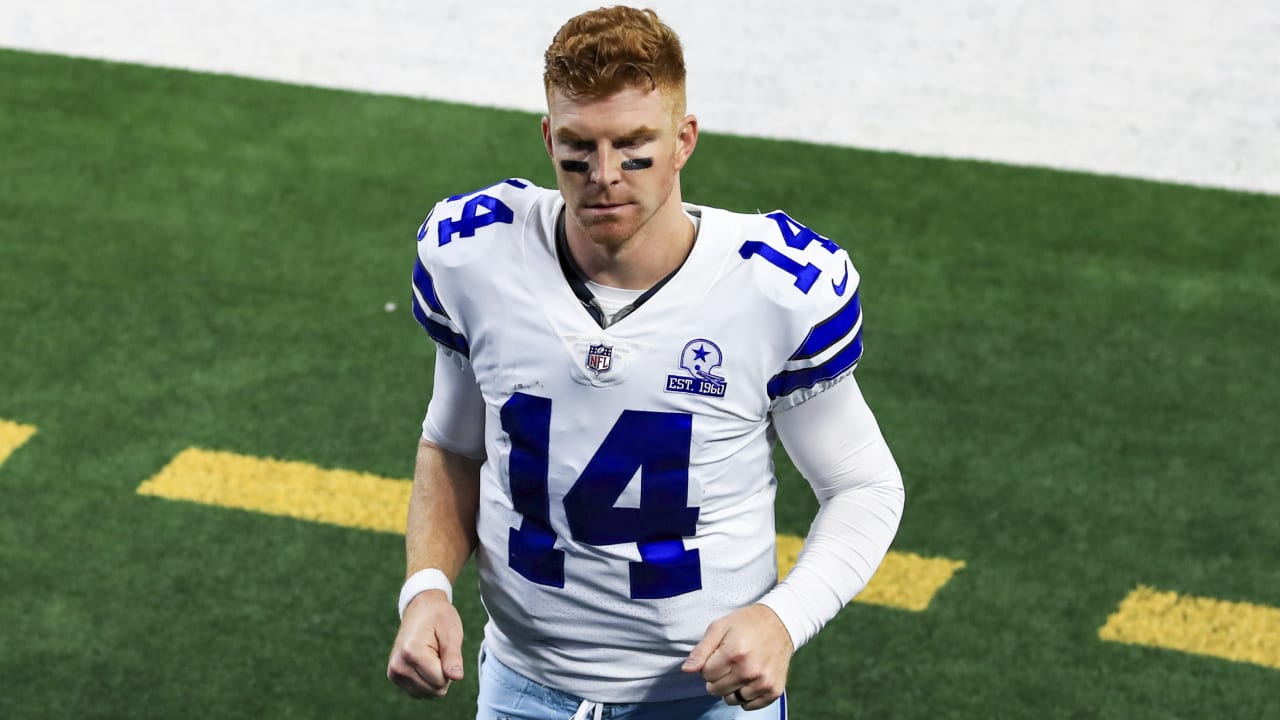 The NFC East still is undecided but we can scratch out the Eagles from contention after they got destroyed by the Cowboys yesterday. That, paired up with Washington losing to the Panthers, sets up a week 17 showdown between the other 3 teams in the NFC East.

The Washington Football Collective game against the Eagles was flexed to the Sunday night game. That means no scoreboard watching for the Cowboys and Giants next week. The winner of that game wins the NFC East if Washington loses and Washington takes the East if they beat the Eagles.

The momentum is with the Cowboys here. Their defense is playing better and getting a lot of takeaways now. Their offense is starting to look better with Dalton being protected more. The Giants and Washington were hot about a month ago and that seems to have cooled down. So maybe Dallas is peaking at the right time. 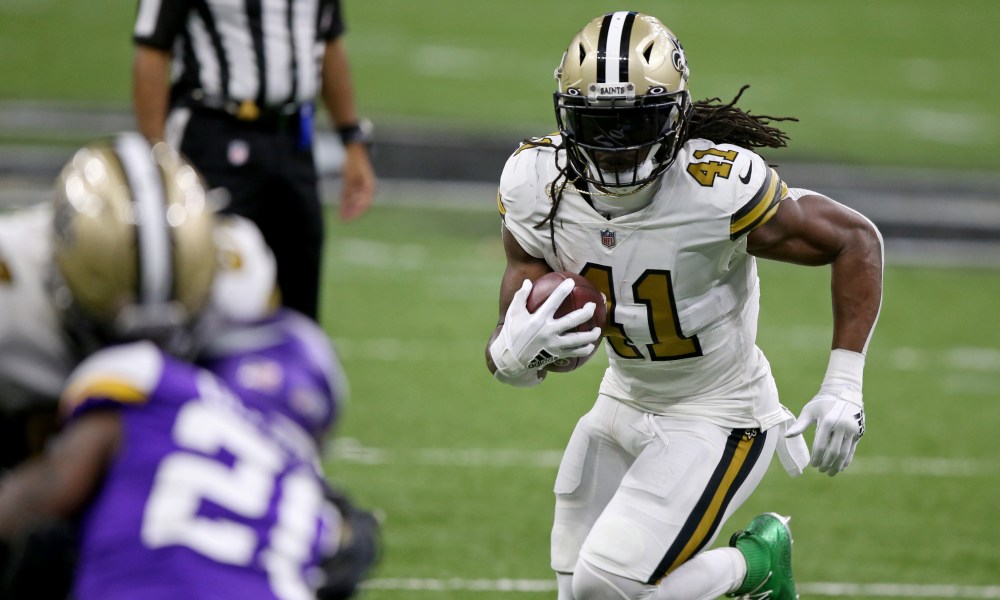 I had some big betting wins in the NFL this weekend. I said the Niners’ defense would come up big and it did against the Cardinals. I bet the Raiders with the points instead of falling into a trap of moneylining them. And I snuck in a half point win with the Broncos.

But there were some major whiffs for sure. It started off when Alvin Kamara got 6 TDs as the Saints routed the Vikings. I’m thankful I didn’t go up against him in fantasy in my 3rd place game.

I had another big whiff in betting this week – which I will get to soon – but this one was eye-opening. I knew the Vikings were bad but this was a whole different level. And it gave New Orleans the jolt they needed after losing 2 in a row. 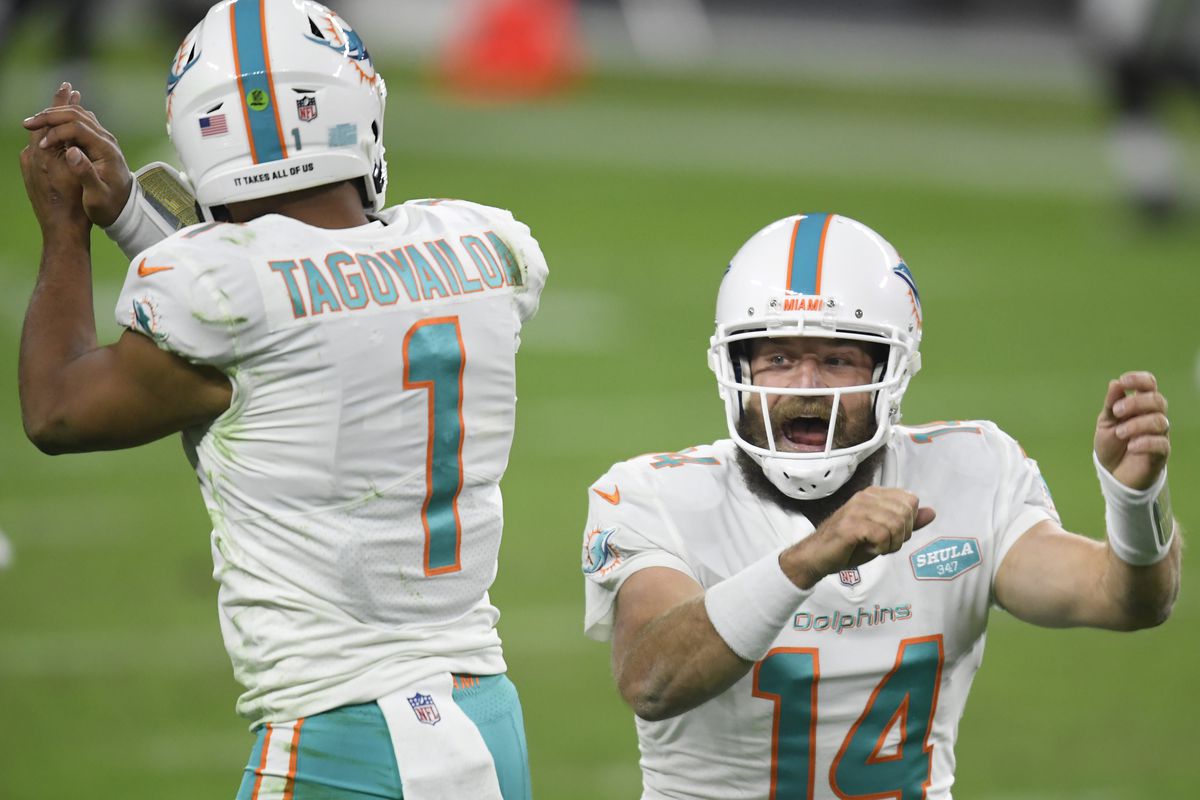 As mentioned, I won my bet on the Raiders this weekend but it was a nail biter for sure. This was definitely an entertaining one to watch. Particularly the last 3 minutes of the game that saw the Raiders get a big TD from Carr but miss the extra point, the Dolphins replace Tua for Fitzpatrick and get a TD, the Raiders prevent Josh Jacobs from scoring so they can eat clock and kick a field goal and then Fitz throwing a blinded pass – due to a face mask penalty – and help Miami get into position for a game winning field goal.

The takeaways are this: was Chucky right to kill the clock instead of getting a TD? What does Tua’s benching do for his mentality? Or is bringing in a closer going to be a thing in the NFL? If so, would Eli Manning and Tim Tebow get calls in the offseason? 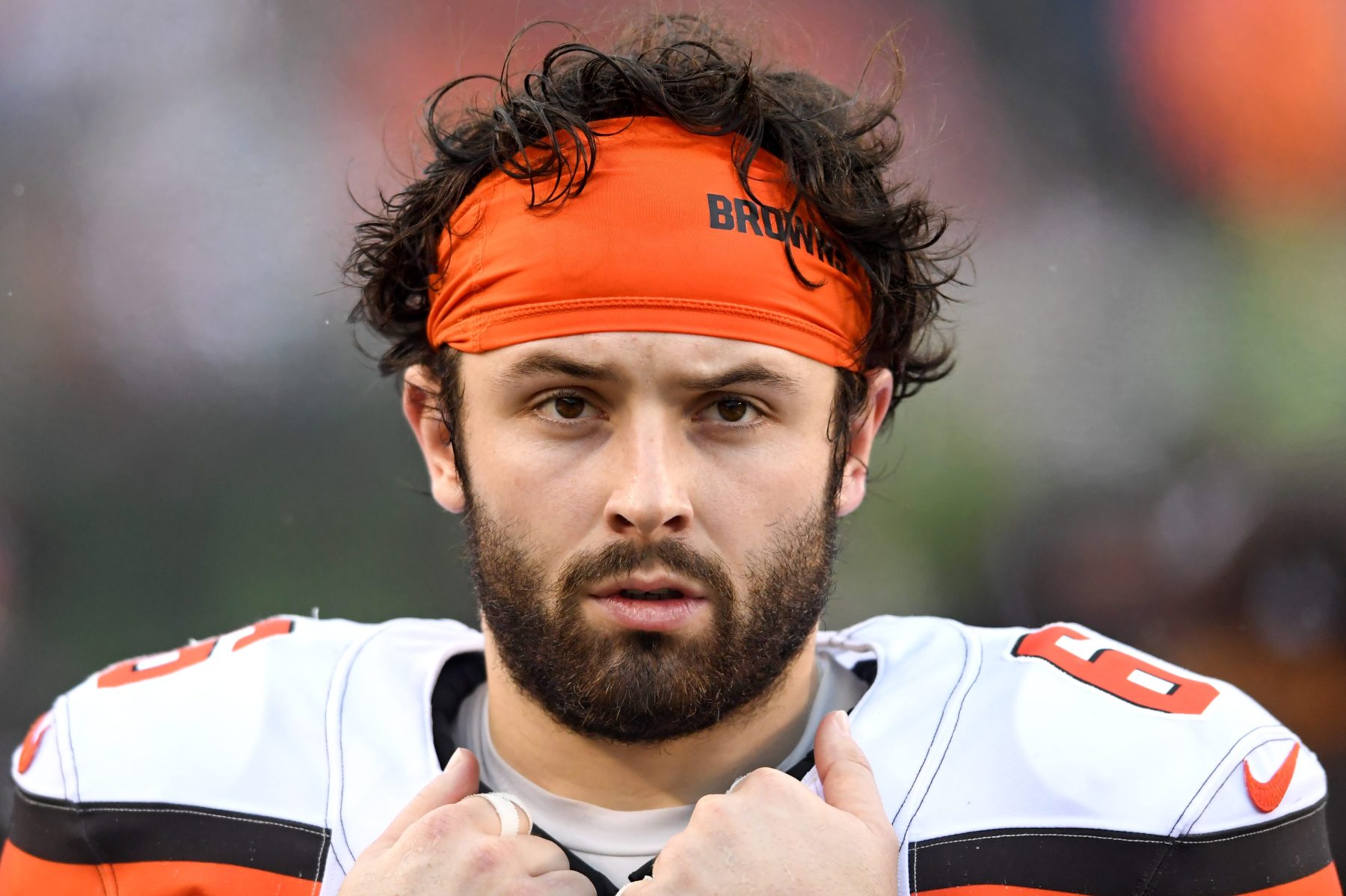 The AFC North was not longer a possibility after the Steelers came from behind to beat the Colts, but a playoff spot was still on the line as the Browns faced off against the 1-win Jets. New York left Trevor Lawrence behind in L.A. after getting their 1st win of the year and certainly even an undermanned Browns team would avoid them from getting win #2 on the year.

Well, maybe Adam Gase was saving his best for last this year. The Jets walked away with another convincing win as they forced 3 fumbles out of Baker Mayfield in their 23-16 victory. The Jets solidified the #1 pick for the Jaguars while the Browns now have to get a win against the Steelers next week if they want to make the playoffs.

Point 6: Hail to the Chiefs?

KC got their 14th win of the season. And a win is a win. But it was their 7th straight close win in a row. Over this span, their point differential is +27. That’s winning games by less than a 4 point average in that span. You have to wonder if that is a cause for concern, some lackadaisical play or just Andy Reid messing around and experimenting until playoff time comes.

Again, I can’t get down on a team for winning a game. But KC has not looked like a dominant team for awhile now and I hope for their sake its not going to bite them against a dangerous team like the Bills or Dolphins. 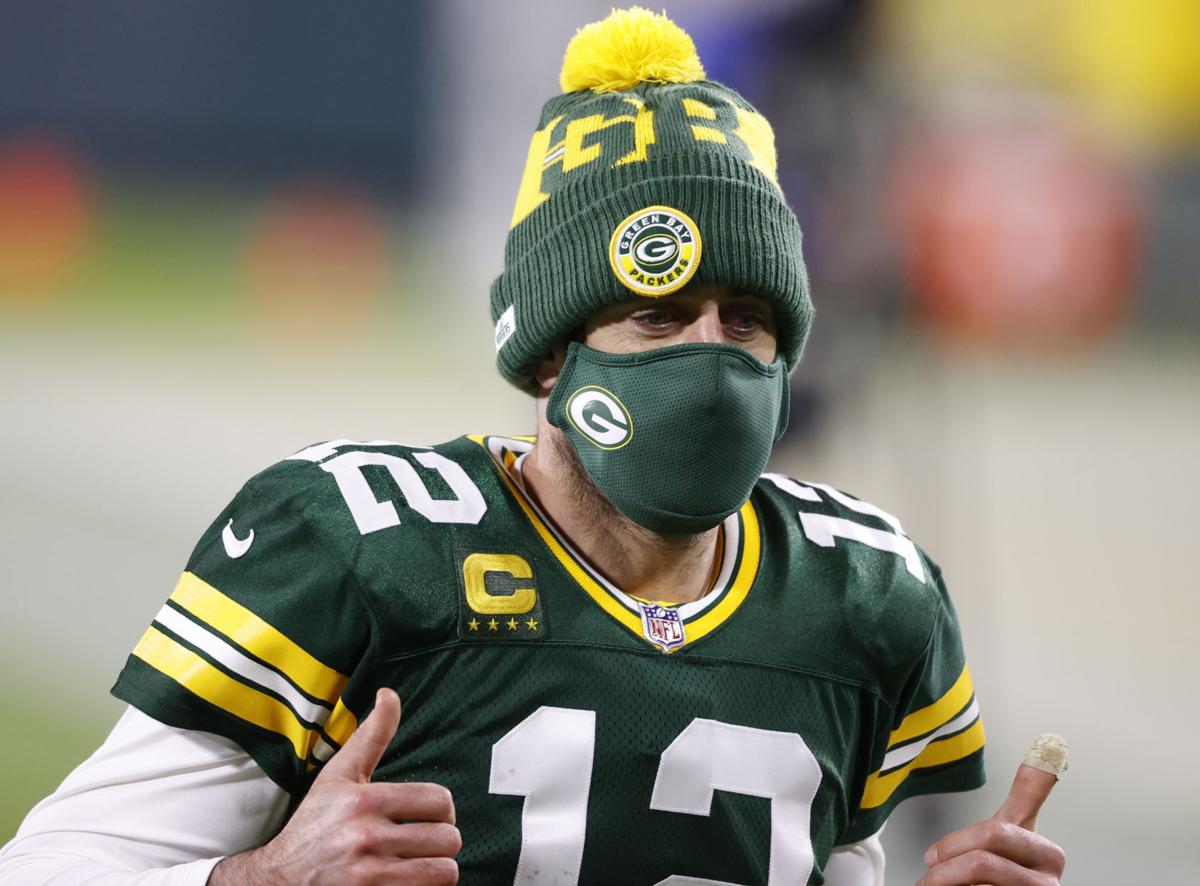 This is a tough one for me. It’s been well documented on this show that I felt that the Packers season was fraudulent because they had fewer wins against winning teams than the Bengals did. But as Rich says, you play the teams in front of you and the Packers rolled against those lesser teams.

But now they have beaten a team with a winning record and did it in convincing fashion. It was a big win that also demonstrated the Packers’ need for home field in the playoffs. If they get a team that’s not used to cold weather, then they have a huge advantage for sure.

The Titans have been an up and down team all season. So I can’t quite anoint the Packers are contenders just yet. But for now, I will eat some crow and admit that in the NFC, they are one of the teams that could make it to the Super Bowl.

And that’s as much praise as you will get from me there. 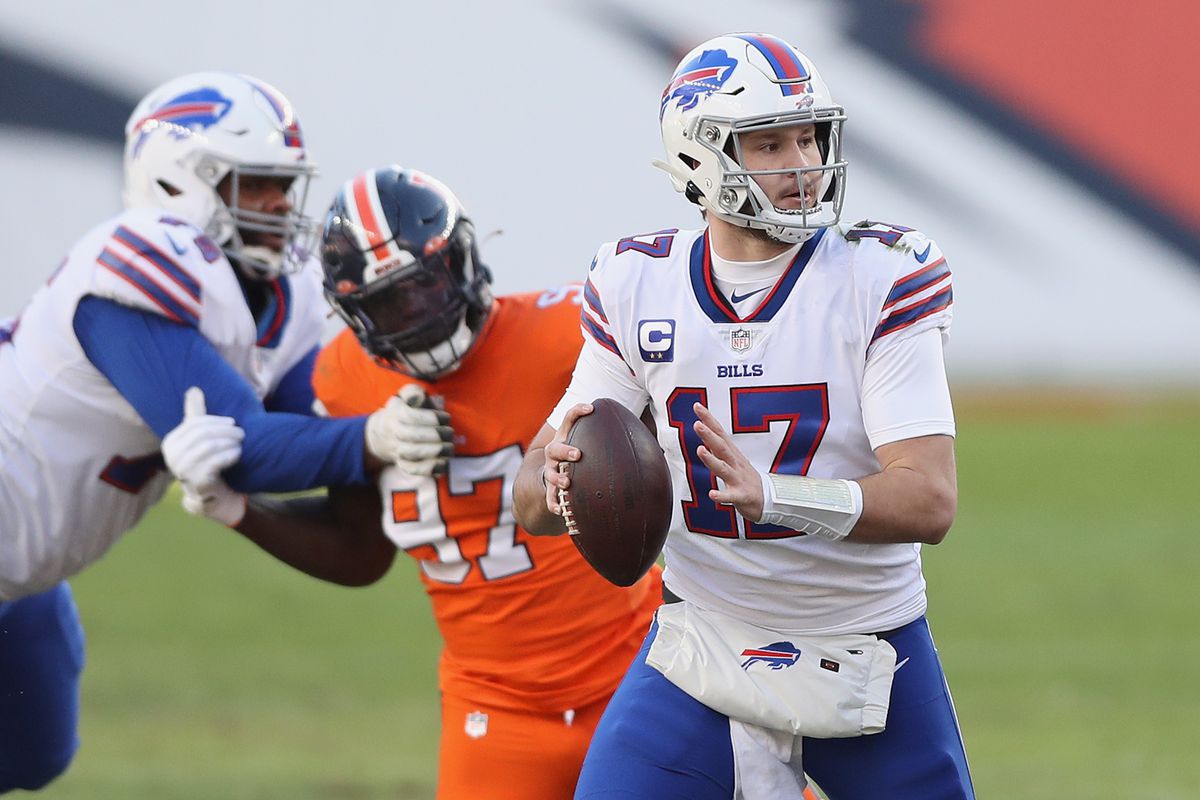 Overview: After last week’s dismantling of the Broncos, we all started to wonder if Buffalo could be the biggest AFC threat to the Chiefs. We know the real answer is that the Chiefs are their own biggest threat, but the Bills could be a team that capitalizes on that in the playoffs.

To say the Pats have no chance in this game would be naïve. They can run the ball well and the Bills’ defense, while getting better, can be beaten on the ground. Also, the New England defense is pretty damn good. So yeah, the Pats do have a path to winning here if they keep to the ground and grind out the clock.

The problem is I think Sean McDermott’s team will be ready for that and will strike early and often with big offensive plays. The Bills will try to neutralize the Patriots’ offense by putting them into a hole and forcing Bill Belichick to adapt and ask Cam Newton to do more than he is currently capable of.

The Bills have playoff seeding to play for but also a beatdown of the Pats in Foxborough would give them they type of motivation needed to push them far into the playoffs. I’ll bet the Bills here to cover on the road.