Your favorite Degens give you their Sports Bet Picks for 4/14/21. Listen to the Degen’s NBA win totals episode, their MLB futures episode and Max’s NHL Power rankings post. 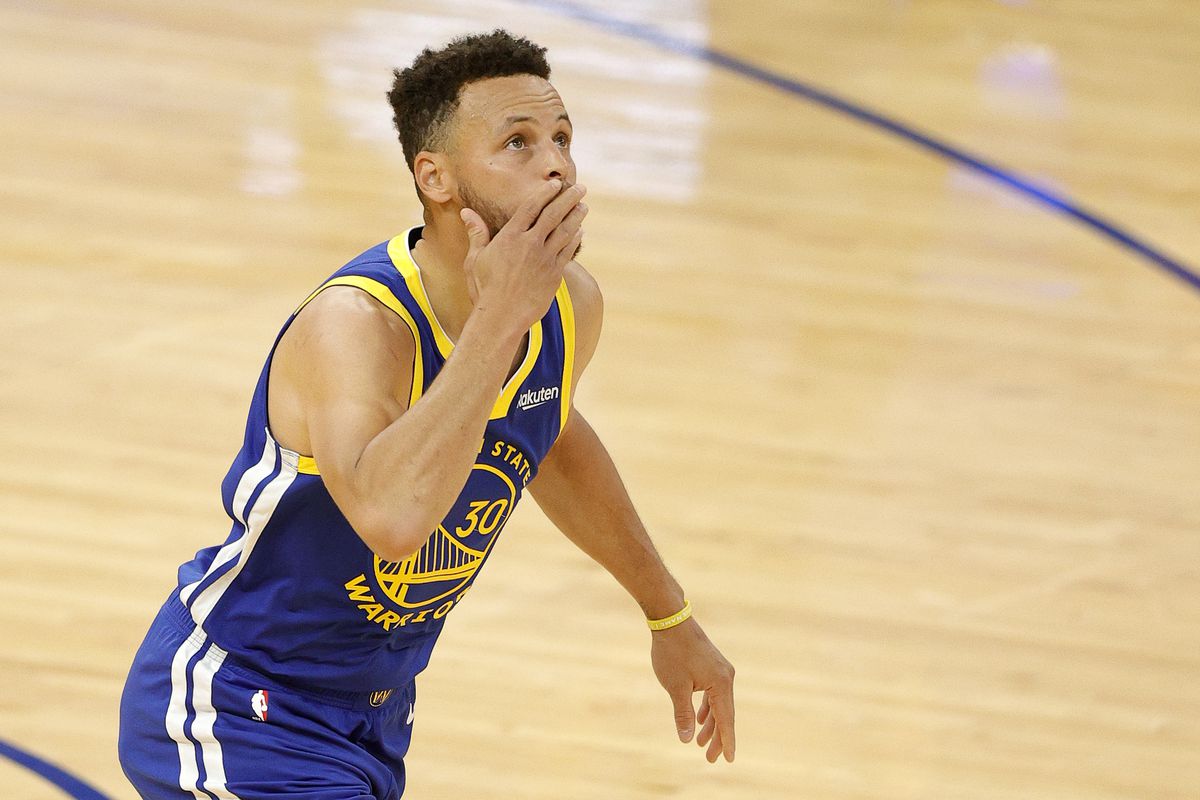 Notes: Kelly Oubre Jr. is doubtful tonight for Golden State so their 3 point shooting should improve. The Warriors have won 2 in a row but hit the road where they are 9-18. OKC has lost 7 in a row but managed to keep it within 10 last night. My trend lately is to bet against OKC and lose so why stop what’s working? $20 bet on the Warriors.

Notes: Kawhi sat out last night but could be available today. To remember the last time these teams played you would need to travel all the way back three days ago where the Clippers bested Detroit in LA by 7 points. The game shifts to Detroit and the Clippers are coming off a win last night – their 7th in a row. I have the Clippers winning and covering this game by 12 and I have this going over. So like Panther, a double dip. $20 on the Clippers and $20 on the over.

Notes: Giannis Antetokounmpo is questionable for tonight’s game. Karl-Anthony Towns did not play in Tuesday’s game against the Nets and its unclear if he’s back today. The T-Wolves lost yesterday while Milwaukee has been resting for 3 days since destroying Orlando. Too many questions about injuries and I only have the Bucks covering this one by 6. Milwaukee is also only 15-12 on the road and have not looked great without Giannis.

Notes: Harden and Aldridge are still out and Kyrie is questionable. Durant logged 27 minutes yesterday and had a great game – but unsure of how they will handle his back-to-backs. The Sixers went 3-1 on their road trip and return home where they are 20-5. They should get the win here but I don’t like it.

Notes: Collin Sexton and Darius Garland are both questionable for Cleveland. Terry Rozier missed the game for Charlotte yesterday and Gordon Hayward is still out. Both teams are on 2-game losing streaks. Too many questions here to bet this game.

Notes: Kyle Lowry sat out last night’s loss to the Hawks but should be available today. Fred VanVleet continues to be out for Toronto. The Spurs are 14-9 on the road and have won 2 consecutive games – both on the road. This is their 5th road game in a row though so that’s a bit of a concern.

Notes: Otto Porter Jr. is out and Mo Bamba is questionable for an already depleted Magic team. Orlando has lost 6 in a row and all but one were by double-digits. The Bulls looked good for a bit and then dropped the final 3 games of their road trip. I still cannot trust them. They should get it done today but fuck them.

Notes: The Knicks have won 3 in a row. But those were home games. These are road games. The difference? A big one. New York is only 11-17 on the road this year and they cannot seem to close out games on the road for some reason. New Orleans has won 3 games in a row and are a decent home team. I have trust issues with both teams here so I am off this one.

Notes: Myles Turner missed the game yesterday and Doug McDermott got injured yesterday. The Pacers had won 3 in a row prior to that – including a pair of road games. They should improve their road record tonight against a Rockets team that is 7-19 at home. Houston has lost 3 in a row and while they managed to keep it close with Phoenix, this is a team that cannot compete with even mediocre teams. Indiana is better than mediocre. I think. Leaning the Pacers.

Notes: Justise Winslow remains out for the Grizzlies but that has not stopped Memphis from playing some pretty good basketball. They are coming off a win over Chicago and their losses have been close ones. Dallas has lost 2 in a row but are a pretty good road team with a 16-12 record and a 56% EFG on the road the past month. It has dipped off a bit lately though. This is a coin flip for me and as such, a lean on Memphis.

Notes: De’Aaron Fox scored 43 points in his last game. Sacramento lost. That was their 7th straight loss and now they head back home where they are only 12-15. Washington has won 3 of 4 games – with their big win on the road at Utah. The issue is that this team is inconsistent and this is now their 6th straight road game. I still like Washington here – but only in a lean.

Notes: Victor Oladipo remains out for Miami. Jamal Murray tore his ACL and is out for the remainder of the season for Denver. It’s a huge blow to their championship aspirations. Miami lost last night to Phoenix by 20 points. Their offense could not get it going. Denver’s defense is not as tough as Phoenix so they should see some improvement but not sure they can nab a win – even without Murray for Denver. Still, I don’t have the Nuggets covering this one. A lean on Miami. 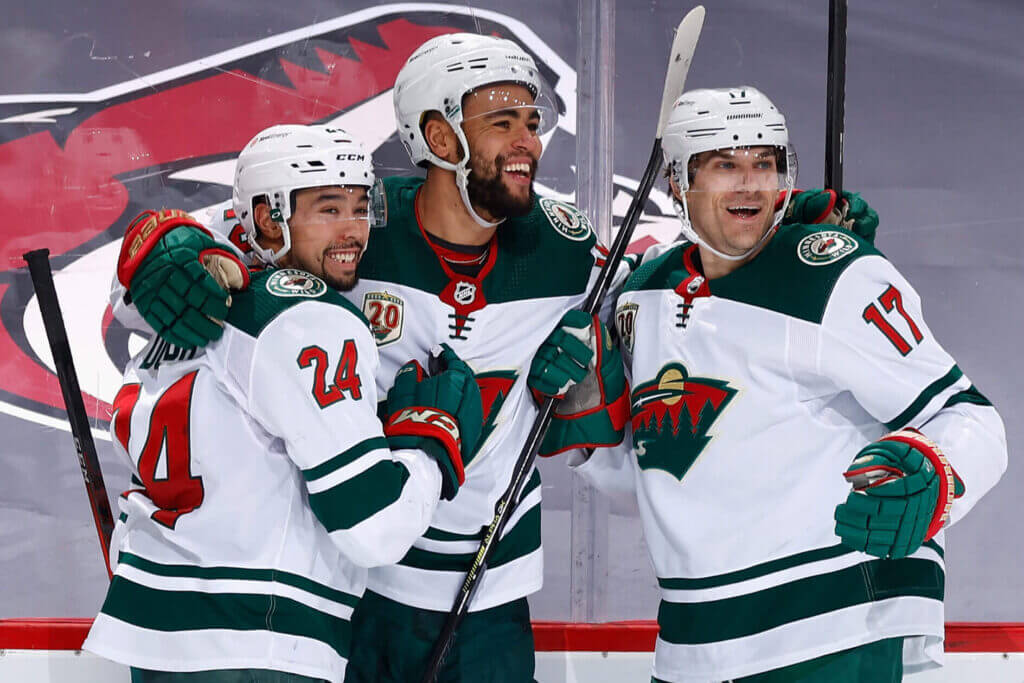 Notes: This is a chalky one for sure but I like the Wild to get another home win today. Arizona has lost 4 in a row and have a -5 goal differential in that time span. Granted, the Wild have a worse differential in that span but a 9-1 loss will do that to you. Wild should win this one. $20 bet on Minnesota.

Notes: I bet on Winnipeg. They lost. That’s how it goes.

Notes: My metrics slightly favor Calgary but after a game yesterday and then another on Friday, this team is in a tough spot schedule-wise. Both teams are coming off big wins over Toronto and the Canadiens should be able to notch a close win tonight.

Notes: Too much chalk for me on Colorado. St. Louis is starting to get healthy and play some decent hockey – improving their home record a lot this past week.

Notes: I said check back on Wednesday for a value play on Los Angeles. But my metrics say not to. Leaning Las Vegas here.

Notes: Anaheim got the win over the Sharks on Monday. I like San Jose to bounce back today but too chalky. In fact, some value in the Ducks to get a mini-sweep. It’s right there so I cannot pull the trigger.

Notes: The Blue Jays got the best of the Yankees yesterday but I like New York to close out this series. Neither pitcher has looked great so far but I like Kluber today to have a strong outing. The Yankees bats should power them to a win. $20 bet on New York.

Notes: I faded Milwaukee yesterday but I like them today to win this series. Neither team can produce runs but Milwaukee’s hitting metrics are trending a bit better than Chicago and they should be able to get some runs on the Cubs’ bullpen. $20 bet on the Brewers.

Pitchers: G. Canning vs. B. Keller

Notes: Am I betting on Brad Keller? I guess I am. KC got the win yesterday and maybe that was my window but I still have them winning this game and there is a plus line. $20 bet on the Royals.

Notes: Lottery ticket here. More than likely San Diego bounces back to get the win today but I don’t like how they are playing and Pittsburgh has shown the ability to put up some runs. The implied probability is there for me. $20 bet on the Pirates.

Notes: Maybe I am chasing waterfalls here. Or maybe I have a soft spot for Matt Harvey. I like the Orioles to get the win today after splitting the doubleheader yesterday. $20 bet on the Orioles.

Pitchers: J. Ross vs. A. Wainwright