Your favorite Degens give you their Sports Bet Picks for 4/29/21. Listen to the Degen’s NBA win totals episode, their MLB futures episode and Max’s NHL Power rankings post.

Notes: Domantas Sabonis and Myles Turner are both out today and Indiana is coming off a beatdown by the Blazers two days ago. Brooklyn is still playing without Harden but Kyrie and Durant have managed to get some big wins. At -425 moneyline, you are getting a little value compared to what the current spread is at. $20 ML bet on the Nets.

Notes: Denver won a close game last night increasing their win streak to 3 in a row. Denver is 23-10 at home and have done pretty well in back-to-backs this season. Toronto is coming off a loss on Tuesday to the Nets and are 10-20 on the road this season. Their EFG% has not been great recently and I have my predicted implied probabilty for them at 21%. The moneyline is set to 40% for them and the spread says 35%. So I think Denver has a solid chance of outright winning this one – even if they don’t cover. $20 ML bet on the Nuggets.

Notes: OKC got a rare win two nights ago as they beat the Celtics. It broke a big losing streak but they are poised to start another one. New Orleans lost a close one last night to Denver – on a questionable call at the end. The Pelicans are only 10-19 on the road but they can beat the lesser teams in the league and they should do so today. $20 ML bet on New Orleans.

Notes: Kristaps Porzingis is listed as questionable today and Luka is also a bit banged up. Detroit will be resting several of their players today for the sole reason of tanking. The Pistons got a win over the Hawks on Monday. Dallas has won 4 of 5 games but this is their 3rd straight road game. Dallas is 18-13 on the road but the injuries are something to be a bit concerned about.

Notes: Minnesota has won 4 of 5 but two were against a banged up Jazz team and 2 were against bottom dwellers. The Warriors have faced tougher competition and after a no-show against the Mavs, they should be ready to play today. Some value in betting Minnesota but I don’t fully trust them.

Notes: The moneyline implied probability on this one is 92% for the Bucks. The spread provides a little more value at 90%. My metrics have Milwaukee winning 85% of the time so this could be a bet under my new system. But I would need to increase my bet size too much to make it matter. Giannis is listed as probable today but even if he misses, the Rockets don’t have John Wall and should be beaten. 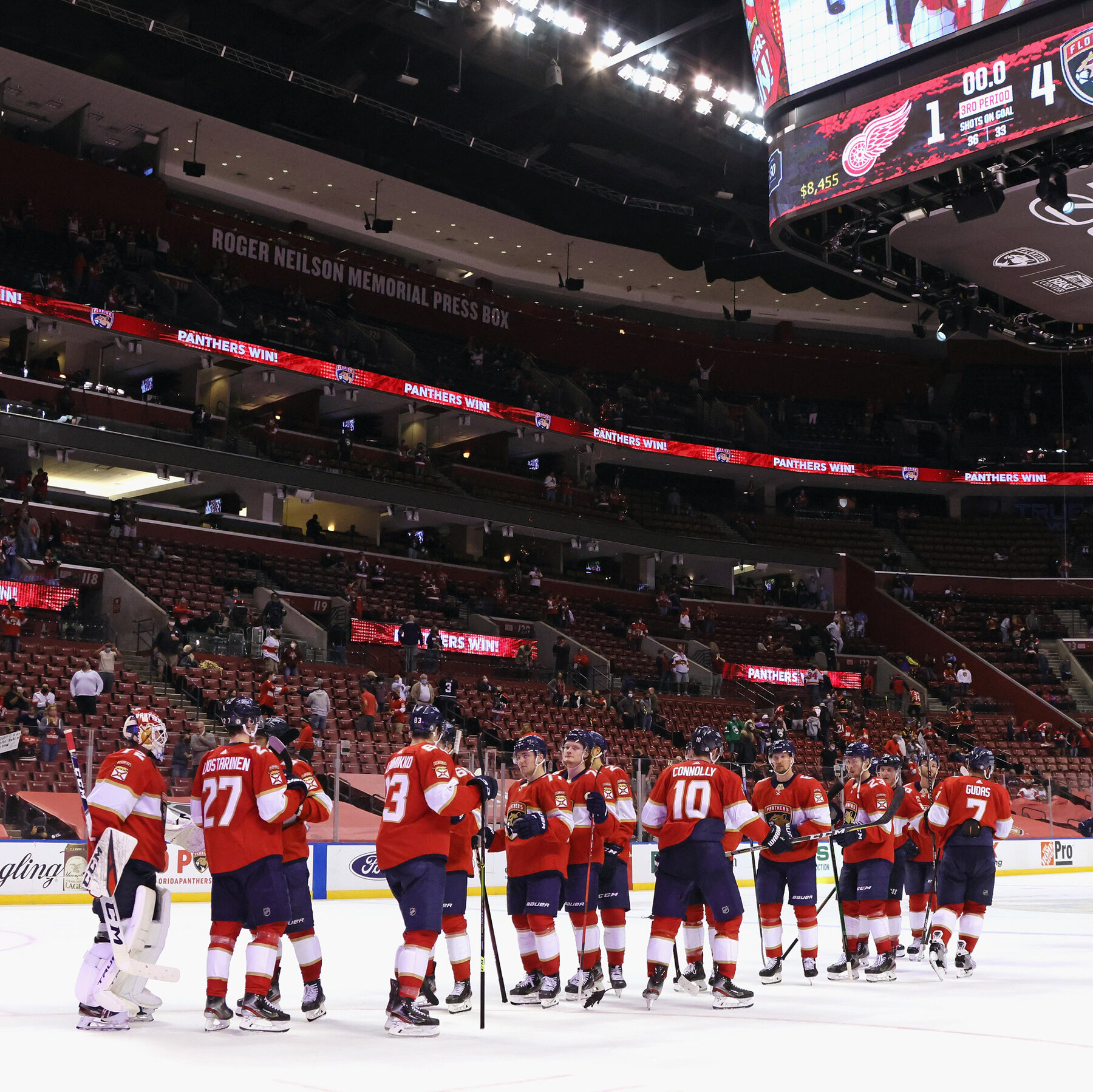 Notes: I don’t like much today but this is one of them. The Blackhawks have given up 14 goals over their past 3 games and Florida is poised to get a big road win today. $20 bet on the Panthers.

Notes: Gambler’s fallacy here. The Wild won’t lose two in a row at home, right? I’m not super confident in that statement. The Blues are playing some good hockey. But it was a close one yesterday and I like Minnesota to bounce back. $20 bet on the Wild.

Notes: The Islanders have lost 3 in a row – all to the Capitals. Their last win was a 6-1 thrashing of the Rangers 9 days ago. The Rangers have won 3 in a row but that’s been against Buffalo and the Flyers. I do have the Rangers winning this one but closer than the line says.

Notes: The Devils have played the Flyers hard the past two games. It could be a bit naive to think they got their win in this series. They could win again today. I don’t have them winning. But they could with the way they have gotten through Philly’s defense for 9 goals in 2 games.

Notes: Carolina is 16-3-4 at home. Two of their home losses? A few weeks ago to Detroit. The Hurricanes should win but I like the value in the Red Wings.

Notes: The Penguins are only 12-11-1 on the road this season and Washington is one of the better home teams. The Capitals just swept 3 games from the Islanders and should handle the Penguins today.

Notes: Buffalo nabbed a game from Boston last week. If you bet on them in that series, the 1 win would have covered your losses. So yeah, some value on them to grab another but only as a lottery ticket. Line movement is a bit trappy – so watch out on Boston.

Notes: The Lightning have won 4 of 5 and are an impressive 19-6 at home. Dallas has not been stellar on the road but I see a little value with them today getting the upset.

Notes: Vancouver just lost 3 of 4 to Ottawa and is playing in a back-to-back after playing every other day since Sunday 4/18. This team won’t be able to put their best players out there night in and night out. This should be a win for the Maple Leafs.

Notes: Edmonton has played well lately and the Flamers are not very good on the road. I still have trust issues with the Oilers but when you have the best player on hockey on your team, it does help.

Notes: Bassitt has been decent on the road this season but the Oakland bats have been quieted by Tampa so far. I like the Rays to win again today. I was a bit apprehensive of betting them again but here’s hoping this bullpen can keep on keeping Oakland down.

Notes:This is looking a little trappy to me. Nola has been good this season but less so on the road. I’m going to bet against the trap here and take the Cardinals with the plus line.

Notes: Not usually a fan of betting these 7 inning double-headers but I like the White Sox in this first game. Mize is better on the road than at home but Rodon has been sensational and could go all 7.

Notes: New York’s offense is starting to produce. Or maybe Baltimore’s pitching isn’t very good. Either way, the Yankees have the edge to win this one.

Notes: Houston could sweep the Mariners here but I don’t like it. Nothing in this match-up today feels good to me. Especially the guy on the mound for Seattle.

Notes: Bauer versus Lauer has a good ring to it. The Dodgers avoided catastrophe yesterday with a big win over the Reds but hit the road to Milwaukee. You are overpaying a bit for Bauer here but LA should get back to their winning ways with a Brewers team that has lacked offense most games.

Notes: Boston beat the Mets twice but now head to Texas. Gibson has pitched really well so Boston’s bats could suffer like they did with the New York pitching. Again, they got the win so maybe they do here too. But the value is on the Rangers.

Notes: Some sharp money is on Colorado here but Senzatela has been dreadful on the road and Colorado has one road win. Arizona has played well this season but looked terrible yesterday in their game against the Padres.