Your favorite Degens give you their Sports Bet Picks for 5/3/21. Listen to the Degen’s NBA win totals episode, their MLB futures episode and Max’s NHL Power rankings post. 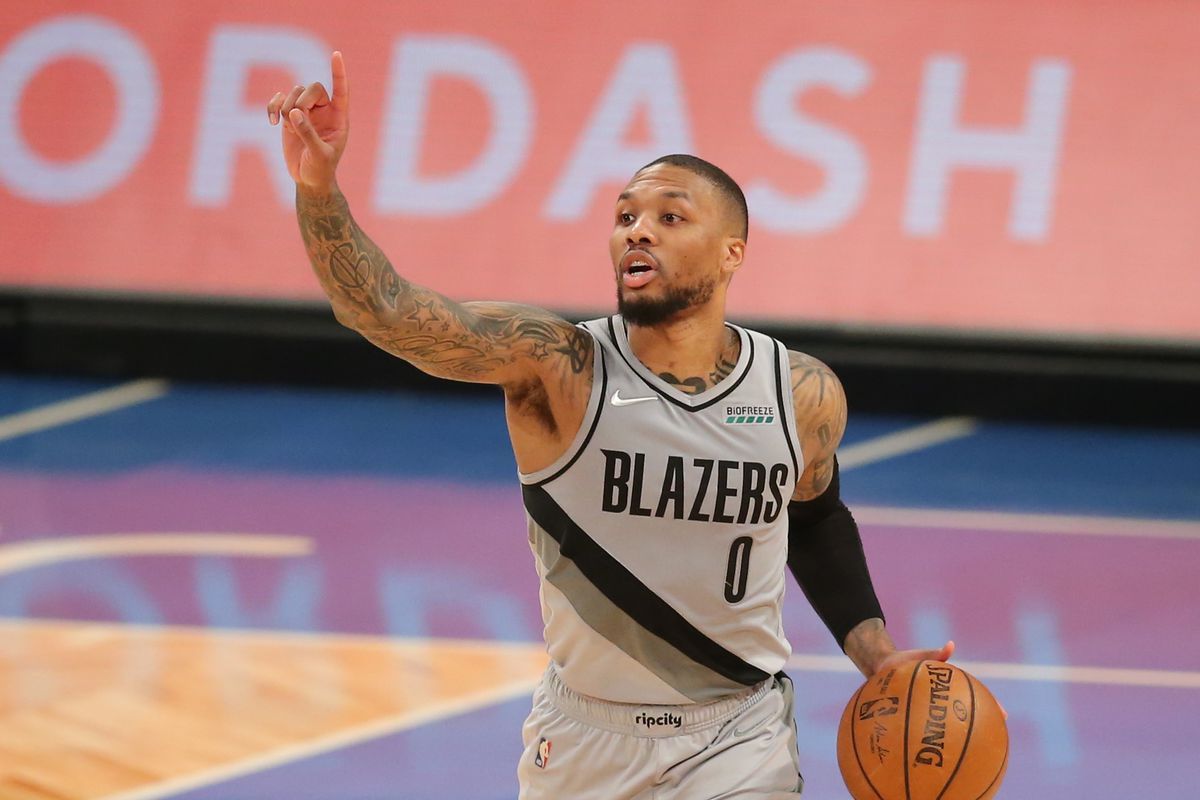 Notes: The Blazers have won 4 in a row after their win over Boston yesterday. But it is now their 5th straight road game and 3rd game in 4 nights. So I am worries they will be let down today. Especially with Atlanta getting Trae Young back and producing a win two days ago. Still, it’s hard t argue with how Portland is playing since Lillard’s return. $20 ML bet on the Blazers.

Notes: The Knicks have won 4 of 5 but I am always hesitant of betting them on the road. They are a much better home team than road team. Still, they have managed to go 4-2 on the road over the last month and are shooting at a 56.5 EFG% during that span. Memphis just split two games with Orlando and continue some poor shooting. $20 ML bet on the Knicks.

Notes: My third and last of hesitant bets here. The Nuggets have won 5 in a row and the Lakers have lost 3 in a row after losing to the Raptors last night. It’s only a matter of time before the Lakers figure things out and start winning again. I fear it could be today. $20 ML bet on the Nuggets.

Notes: Not only do both teams suck but they also have a slew of injuries. So this will really be like a D-League game tonight.

Notes: A word of caution when looking at Indiana’s metrics. That blowout over OKC will probably skew everything. I originally had Indy winning by 7. The Wizards are coming off a close loss to Dallas and are poised to get back to their winning ways. That said, with Indiana getting a little healthier, this could be a very close one.

Notes: New Orleans grabbed an OT win over Minnesota two days ago and have proven that they can kind of beat the bad teams in this league. The Warriors beat Houston their last go around but lost to Minnesota before that – proving that maybe they can beat the bad teams in this league. What does that matter in tonight’s game? Absolutely nothing. What you have is a subpar road team against a subpar home team and probably a close match-up.

Notes:  Fuck the Bulls. There. Got that out of the way. Zach Lavine is doubtful and Vucevic is questionable for the game tonight. And with Philly playing yesterday – in OT – you have to wonder about Embiid’s availability tonight.

Notes: The Spurs lost a close one to Philly yesterday. It was on a tip in shot in OT with no time remaining. I had bet on the Spurs to win so it was a bad beat for sure. It was their third loss in a row and their third close one. Utah has had a weird week and could be vulnerable to an upset. Or they could win by 40.

Notes: Toronto has won 5 in a row and face off against a Canadiens team that is only above .500 at home due to back-to-back home wins this past weekend. This is Montreal’s third game in four nights and they don’t fair well under these circumstances. Toronto is 17-6-2 on the road this season and are gearing up for a playoff run. $20 bet on the Maple Leafs.

Notes: LA just split 4 games with the lowly Ducks after losing 4-0 to the Coyotes a little over a week ago. But the Coyotes are not a team that can find consistency and while they dominated LA in that game, it’s quite possible they end up being shutout today instead. $20 bet on the Kings.

Notes: My metrics say Winnipeg. But from the line movement, Ottawa could be the play

Notes: After losing 2 to the Mets, one in questionable fashion, the Phillies are poised to get a win today against a Brewers team that is coming off a 12-run loss to the Dodgers. Milwaukee has not been terrible and Houser has been very good on the road – but I like Philadelphia to win this opener after not having to travel yesterday and being pissed about the game result.

Notes: The Rangers just took 3 of 4 from Boston and head to Minnesota to play a disappointing Twins team. Minnesota is 5-8 at home this year and are 6 games behind the first place Royals. There is definitely value in Texas in this game and this series. $20 bet on the Rangers.

Notes: The Giants are coming off a win yesterday while the Rockies just lost 3 of 4 to Arizona – letting Merill Kelly fucking beat them yesterday. But the Rockies are better at home and the Giants have struggled a bit on the road. I love Sanchez for San Francisco but the Rockies should be able to get the win today. $20 bet on the Rockies.

Notes: Near-elite Steve Matz gets the start for the Blue Jays. He’s been very good on the road and facing Frankie Montas – who has a 9.59 home ERA. The Jays just swept the Braves and look good while Oakland got dominated by the Orioles. Still, I like the A’s to get the opening win – avoiding the travel yesterday while Toronto had to come over from the East Coast. $20 bet on the A’s.

Notes: I almost wanted to bet this one to make a David Lynch joke on the show.

Notes: Love Glasnow out there against the circus sideshow that is Ohtani. But the line movement was suspect.